Where do I begin?  I had so many thoughts about this film on my way home and when I signed on to twitter I almost blurt them all out, but reserved myself, only to forget most of it now. First off, I was interested in seeing Mika Nakashima. I’d heard that she’s the first of the infected shown in the film, therefore, she obviously dies quickly in story line.  She may have only been in the movie for 1 minute or so, but OH, what a minute!  Since I saw it in 3D, the SUPER long pan of her in the rainy Shibuya crossing was beautiful and then:

That was pretty much about it for her.  But, maybe it will garner some international attention for her and we’ll get to see more of her here.  I was very glad they finally traveled to Japan in this installment, considering that is where the games are created.  A fun tid-bit for the more casual RE fan, it’s actually called Bio-Hazard in Japan!  After a few minutes of Wesker boringness, be get to see the multiple Alice’s kick some butt:

Alice is a Ninja!

Plus, there’s a few of them:

This scene was pretty awesome. It reminded me of Ninja Assassin, I’m glad THAT movie was not in 3D! Speaking of 3D, it’s cool in certain moments, but it’s very over-rated and I had a headache afterwards.  I like being able to focus on whatever I want to in the scene, and it forces your attention to only certain parts of the scene.  Some parts are really cool – there’s a scene in the beginning where they slow things down as Alice and Wesker are falling in a helicopter that was pretty awesome.

Then, they kill Tokyo. 😦

I was thinking at the moment, aw, they always destroy Tokyo in movies, the poor Japanese people having to see this.  I hope no one who survived Hiroshima and Nagasaki see this…   Some stuff goes down in the interaction between Wesker and Alice, that I’ll leave out.  But, the dud who plays Wesker was pretty stiff.  I know that’s what the game character is like and all, but you could have added a LITTLE spark to the character dude, we don’t need to feel like we’re watching a movie scene in a game. 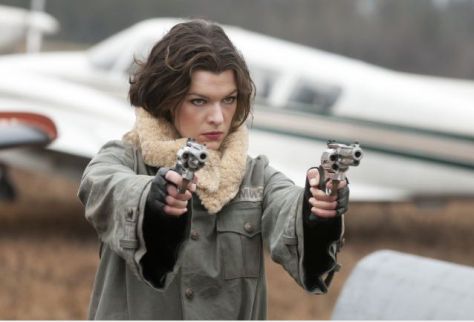 We head to the location mentioned in the previous RE movie: Acadia, Alaska.  Where we’re re-united with Claire Redfield.  I’m glad they gave Ali Larter more to work with this time around and she breathed some life into the character.

They wander off to find more survivers and come across a rag-tag group of folks hunkered down in Hollywood.  It was easy to pick out who was going to die first for me – is that a sad fact of my existence? That I’m so used to horror films I know who will be the first to get picked off?  Who knows.  Maybe.  But we advance in the story, and what comes next?

He and Leon have been my favorite game characters, and I SO glad they finally put him on the big-screen.  Wentworth Miller did a good job of playing Chris.  I think his hair could have been a little longer, but I was happy with his performance.   I think he might have played the game and gotten an idea of what the character would be like, but also making Chris his own a little.

I’m also glad they decided to add some of the non-zombie creatures from the games too.  The Plaga Zombies (zombies with  four teeth filled bits wiggling around out of their mouths) show up, reminding me of Resident Evil 4 (The game.) Not to mention, THIS GUY:

I don’t think he really exists in the games, but I’m pretty sure I recognize him… 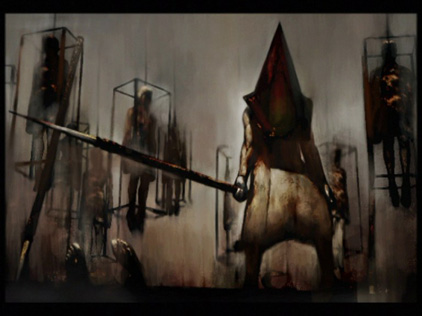 There’s a new character on the scene, and his name is Luther West played by Boris Kodjoe.  He’s very charismatic and has a few tricks up his sleeve…

Was there attraction between him and Alice or am I mistaken? 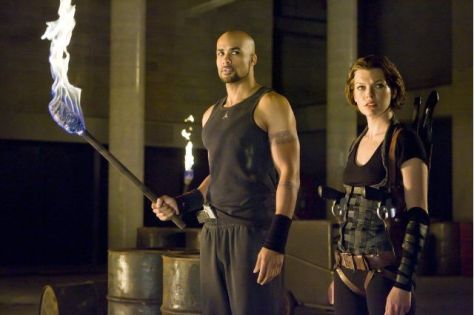 Did I mention that Milla was really pretty? Here she is in the outfit that she designed: 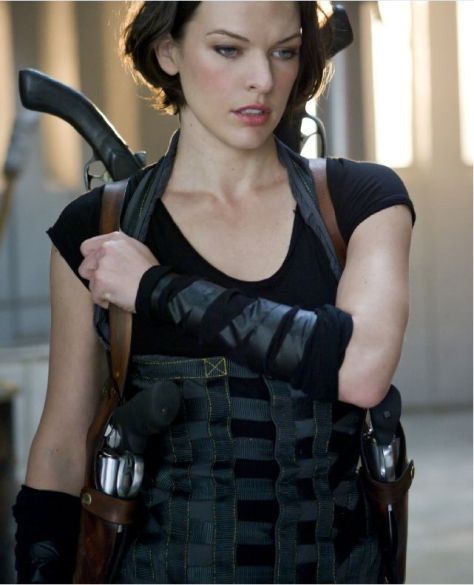 I was a little disappointed with the ending.  I thought this would be the ending, but they left it WAAAAAY open ended again.  ::sigh:: But, this installment strengthened my love of the series.  The third one, Resident Evil: Extinction was a let down for me.  I still own it, and bought special edition DVD that came with a free Resident Evil bag, but I wasn’t a huge fan of it. But, this one had me giggling like a school girl over many little facts that others didn’t understand and I was over-all very happy with the final product.  3D headache aside I give this an 8.5 out of 10!   Here’s a bunch more pictures for your viewing pleasure.  All of these are the sole property of Sony Pictures and Screen Gems. 🙂 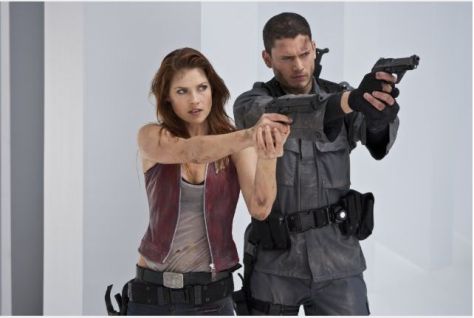 Claire and Chris reunited for the first time in years! (haha) 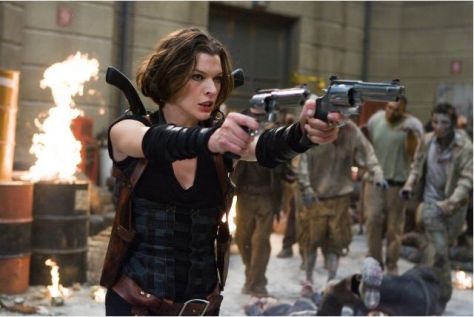 Alice is a Ninja!

Then, they kill Tokyo. 😦

Was there attraction between him and Alice or am I mistaken?

Claire and Chris reunited for the first time in years! (haha)

Book: breezing through some manga Movie: Chatrapathi tomorrow? Series: Waiting for Fugitive to start got a few on the list, & internet @ home coming this week! Music: Currently addicted to Telugu soundtracks. This week it's Aarya 2.